Since the beginning of 2022, big tech companies have been laying off their employees by the thousands and are on track to continue through 2023. Big tech companies like Amazon, Tesla, Salesforce, Google, Microsoft, Meta, Spotify, Twitter, Vimeo, and SoundCloud, have all reportedly reversed the massive hiring spree of the pandemic and have terminated “more than 70,000 employees.” Why are they laying off so many employees, and how are they getting back all of their remote equipment?

Each big tech company has laid off thousands of employees, but each in different ways. Many have addressed their employees directly, some even making public statements. Others have even included the number of employees to be laid off and when they can expect to find out if they are one of them. These companies have tried to reason with employees and explain why they must have such massive layoffs. Here they are listed below:

At the end of 2022, Amazon had deemed nearly 10,000 of their employees’ positions redundant after a recent whistleblower leaked the news of future layoffs of up to 18,000 employees. This layoff would become the largest layoff in the company’s 28-year history. Amazon has not yet commented on which departments these cuts will affect. The reason for all of the downsizing, Amazon CEO Any Jassy claims in a blog post, is due to the economic uncertainty and the rapid overhiring during the pandemic due to the high demand of that time. Now that demand is dropping with covid restrictions being lifted, people are no longer demanding as much online, thus lowering the need for employees.

In June of 2022, Elon Musk reportedly told Bloomberg, just weeks before laying off employees, that he would be cutting his workforce by 10%. In the weeks to follow, Tesla reportedly let go of 229 redundancies that affected a majority of data annotation specialists that were salaried employees. Later, the U.S. District Court ordered Tesla to inform employees of the lawsuit claiming they required employees to sign separation agreements violating federal law. The lawsuit is still ongoing, and current employees are now to be given a 60-day advance notice according to the federal Worker Adjustment and Retraining Notification Act. Again the big tech companies CEO Elon Musk also claims the layoffs are due to the downturn in the economy.

Just like Tesla, Salesforce intends to reduce its workforce by 10%, but not for all the same reasons as other big tech companies. Salesforce announced on January 4th that they would begin a reconstruction plan with their current 79,000 employees to reduce the amount of office space utilized, thus reducing operating costs. Unfortunately, layoffs will be made during this process for the same reasons as other larger tech firms. CEO Marc Benioff said, “given the challenging macroeconomic environment, it has led Salesforce to make the very difficult decision to lay off workers.” This job reduction became a layoff of 7,000 employees.

Owned by the parent company Alphabet, Google has announced its intention to reduce the workforce by 12,000 employees. CEO Sundar Pichai sent an email to all U.S. company employees that layoffs would begin immediately. Pichai also states that layoffs in other countries will also take place; however, it “will take longer due to local laws and practices.” Alphabet had already made cuts in Google’s other counterparts, and Google employees have stated they have noticed the changes in the company’s performance ratings system.

Microsoft announced it intends to let go of 10,000 employees to combat the slower revenue growth. CEO Satya Nadell posted a memo to their website and sent to employees that he is “confident that Microsoft will emerge from this stronger and more competitive.” He also noted that employees being laid off will know within the week.

Since its conception and overtaking of Facebook, Meta has announced the largest layoff in its history in November of 2022. During the Pandemic, the company increased its employment by 60%; but due to stronger competition emerging as new social media platforms, they have seen a rapid decline in ad spending and have met difficulties with Apple’s recent changes to their iOS. This has taken one-fourth of the company’s market cap and made its stock hit the lowest it has ever been since 2016. Due to this, Meta plans to lay off more than 11,000 employees, accounting for nearly 13% of its staff.

In a global company-wide memo, the co-founder of Spotify, Daniel Ek, announced that the company would let go of 6% of its employees. In his memo, Ek blames himself for being overzealous in the pandemic hiring frenzy, stating that he was “too ambitious in investing ahead of our revenue growth. And for this reason, today, we are reducing our employee base by about 6% across the company.” he further states that he takes “full accountability” for the reasons of the layoffs. For the future plans of Spotify, Ek says he is “confident that 2023 will be a year where consumers and creators will see a steady stream of innovations, unlike anything we have introduced in the last several years.”

Twitter has experienced drastic changes to its workforce, losing half of its staff in the first week under the new ownership of Elon Musk. After purchasing the company for $44 billion, the rumor of layoffs soon became a reality, as it does with most ownership changes; Musk began the layoffs, starting with an email to staff. The staff soon discovered their fate of being laid off or that they would remain employees but required to return to work in the office. Since Musk’s takeover of Twitter, his position in the company has remained under constant scrutiny, claiming he is brutal and is not “known for his compassion,” although his reasons for the tremendous layoffs are the same reasons as other big tech companies; the economy is dropping.

The consensus from big tech companies and their CEOs seems to be pointing in the same direction; blaming the economy. Every big tech company during the pandemic went on a hiring spree to meet the new higher demands of online shopping since the population could no longer shop in public. With the decline of covid restrictions, people could resume in-person purchases and no longer require online methods. With insufficient online demand, the number of employees hired was no longer required, thus costing the companies. To prevent profits from declining further, CEO began mass layoffs of employees that were considered “duplicates” since there was no longer an online demand to require the employees to meet said demands.

One way big tech companies can avoid this dilemma is by taking steps to avoid problems with a remote employee returning equipment. When big tech companies follow the correct steps in the hiring and firing process, they can avoid many issues and legal disputes. Big tech companies should take the time in the hiring process to fill out the proper paperwork and complete the documents to protect their equipment. Should the employee be terminated, the company should follow appropriate procedures and pull the paperwork necessary for the employee’s equipment return and separation from the company. Once completed, the company may retrieve its equipment from the terminated remote employee.

After completing the checklist to properly terminate a remote employee, the company must find a way to retrieve the equipment. Many regular delivery and courier services will not pick up from a residence or pick up unpackaged equipment, making it difficult to ship back to the company. Luckily, third-party courier services provide remote employee equipment pickup, like Reliable couriers. These couriers are familiar with the process of collecting a terminated employee’s equipment and understand how to handle the situation appropriately. The delivery drivers will pick up and account for all of the items and note if there is any damage to the company’s property. Once securely within the courier’s vehicle, they will drive it directly to the company for its return. 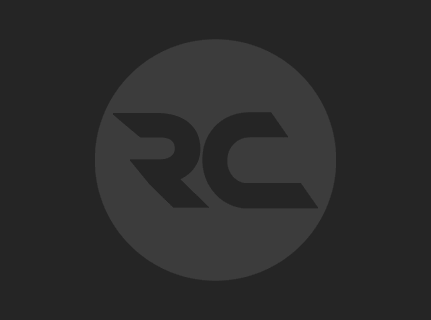